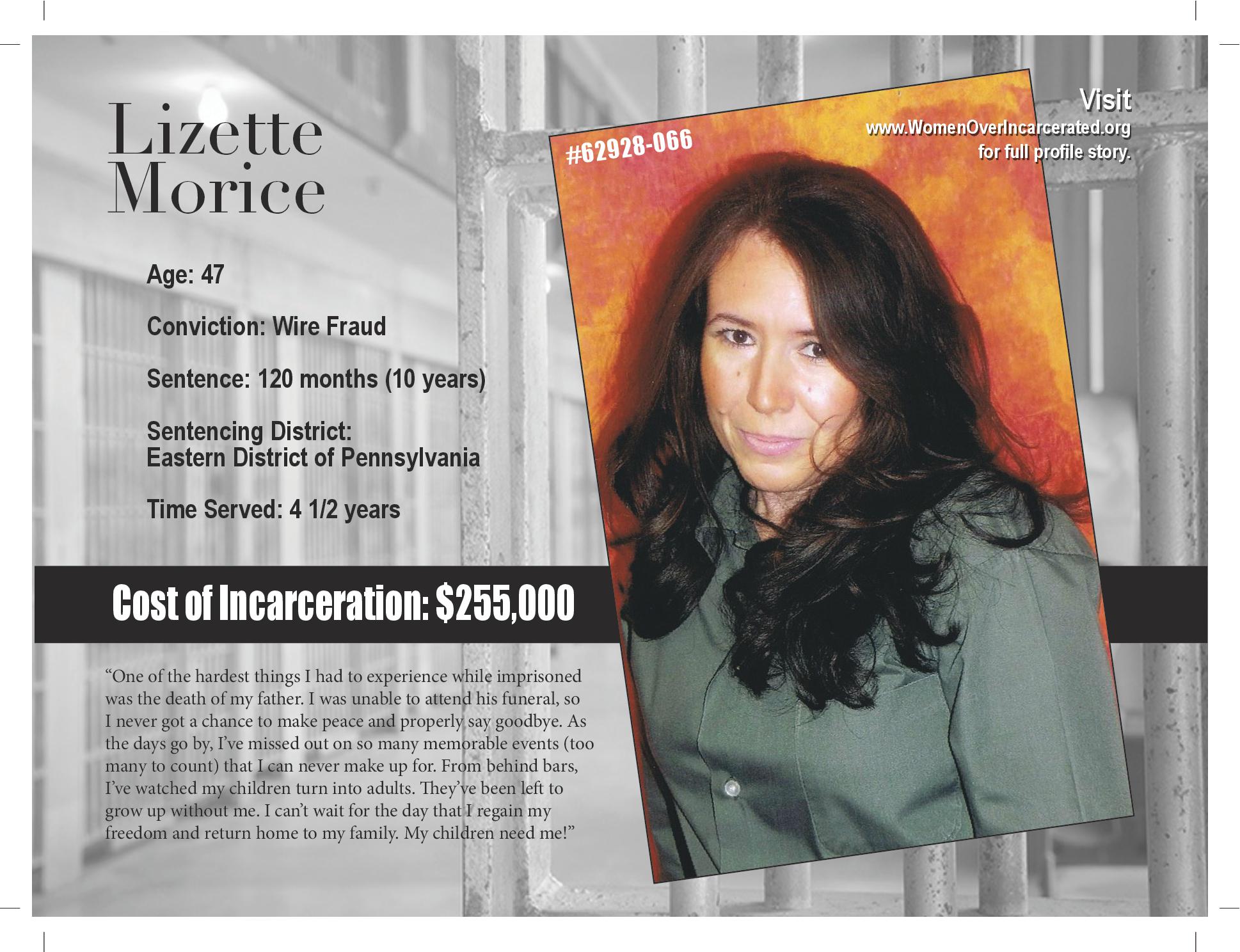 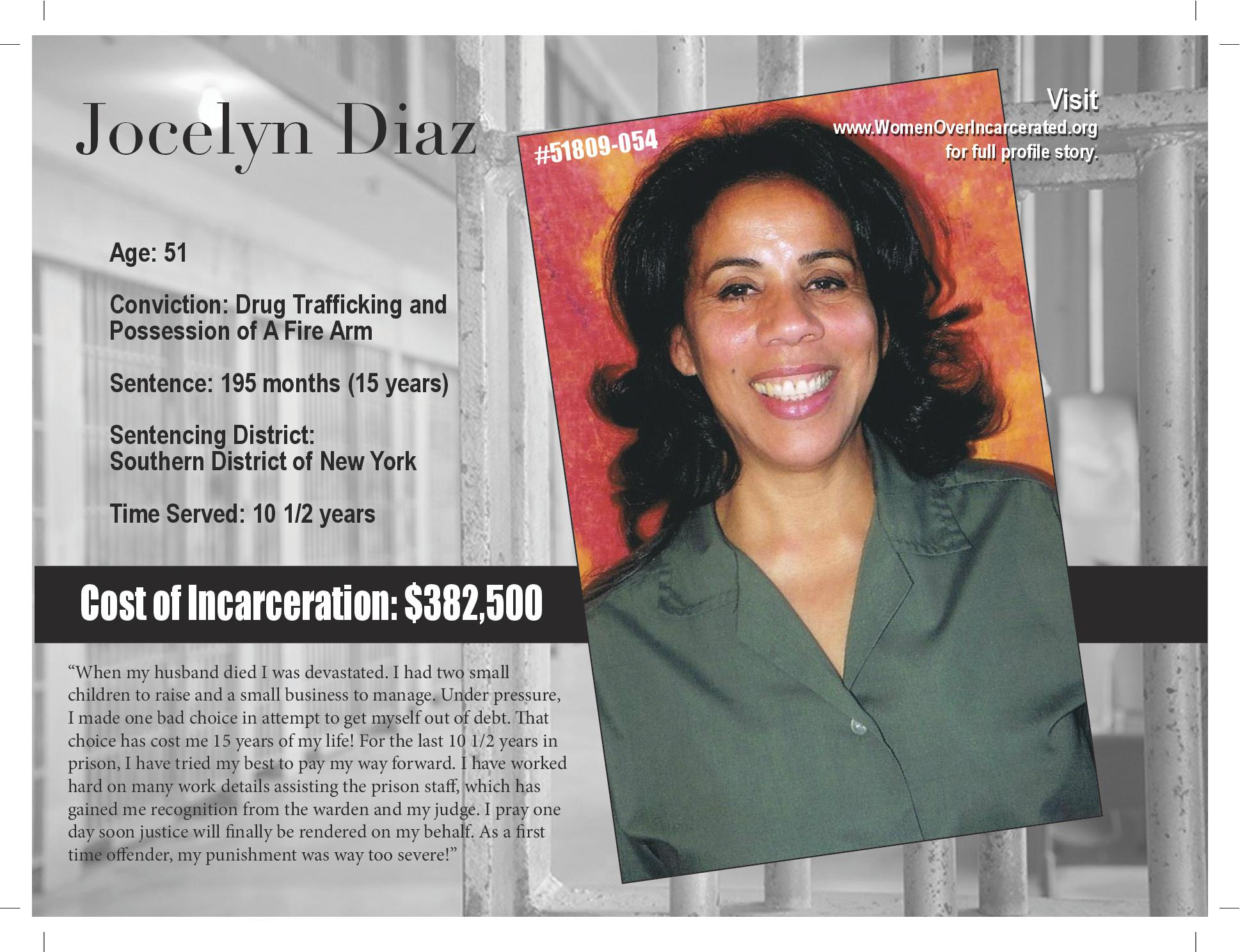 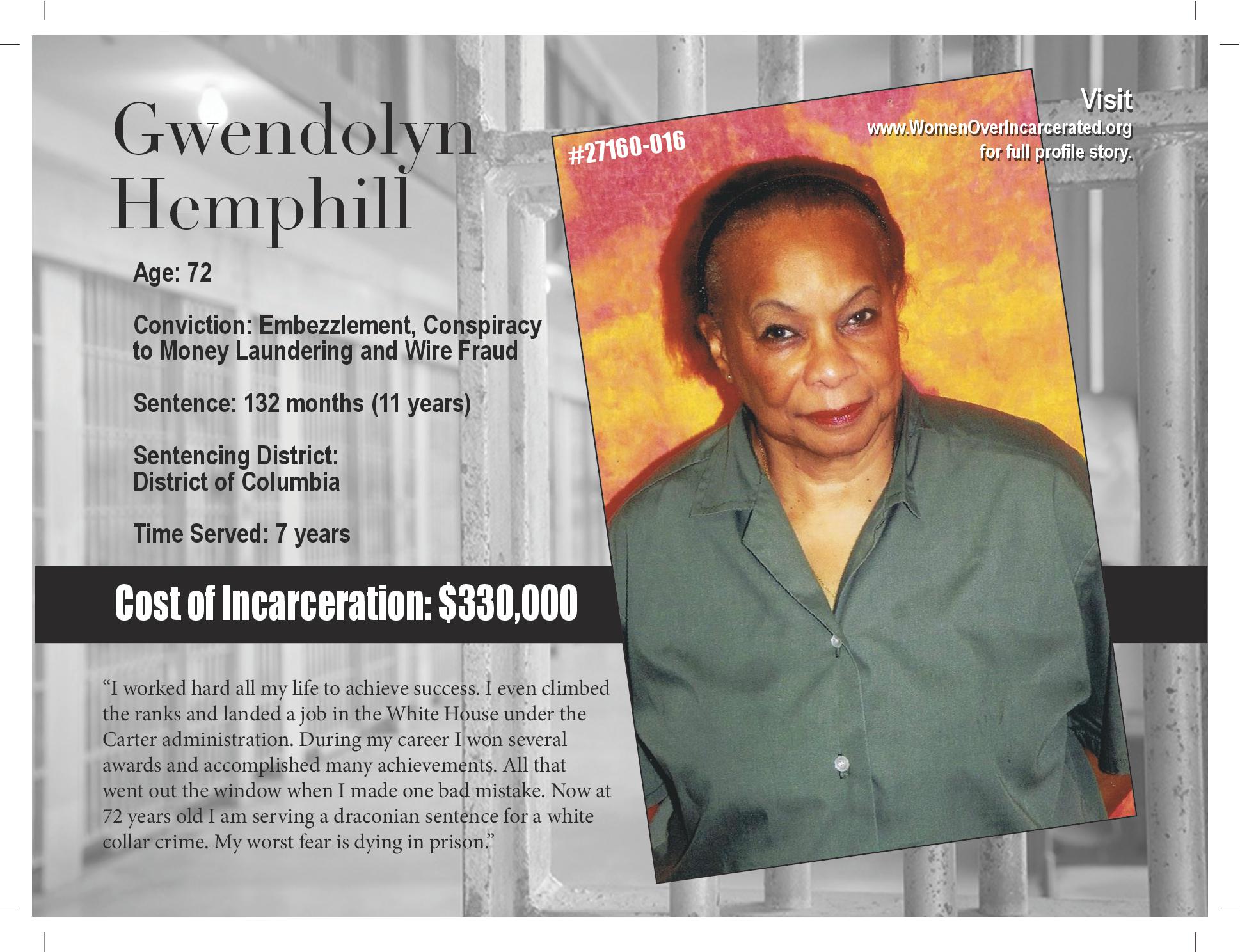 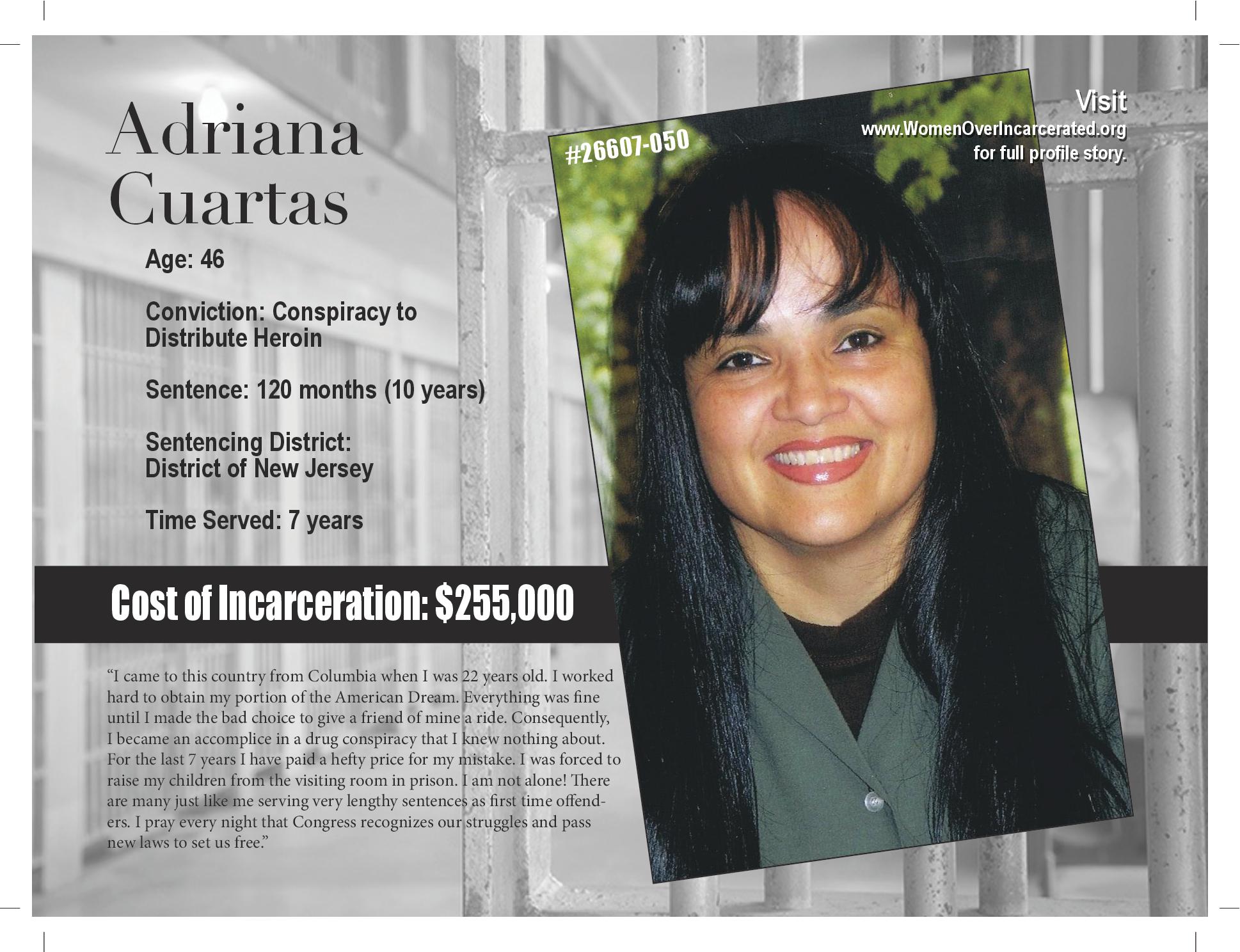 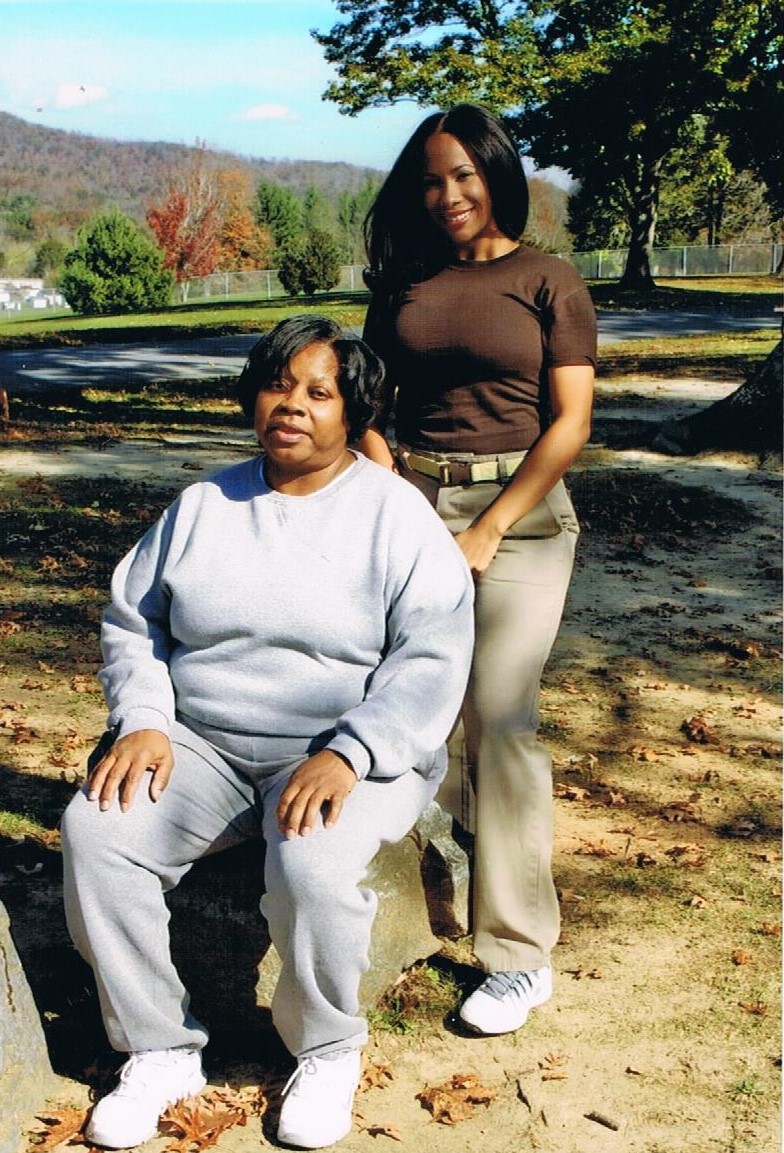 It was a cloudless day when a group of attractive, but most importantly intellectual women conjoined to take a photograph at a federal prison camp to acknowledge rapper/entertainer Jadakiss for his commitment to the cause and his support of his friend Jamila Davis, who is currently serving a 12 1/2 year sentence for a non-violent crime.
A picture says a thousand words, yet it doesn’t always expose the full truth. In our pictures you see us laughing and smiling, yet there is nothing funny about the intense journey that we have involuntarily experienced. Myself and the women pictured in the photo are all property of a system that is comparable to “modern-day slavery.” Like our ancestors long ago, our identity has been stripped away. Instead of being addressed with dignity by name, today we are branded by our master’s numbers, which have become our inmate identification. Master to us is the federal government, and Master doesn’t always play fair!
Master’s conspiracy laws can put a person in the middle of illegal activity, even when there is no criminal intent. Master’s system destroys families, indicting mothers, wives, daughters and girlfriends on charges in order to ensure that they can build the case they truly want. This is not something I heard about; this is something I’ve witnessed with my very own eyes! Women have received five year mandatory minimum sentences for renting a car for their boyfriend or ten years for gun enhancements for firearms not belonging to them. Mother and daughter duos have received 10 and 27 year sentences for cases involving ghost dope. There are ladies simply imprisoned because of their refusal to sign a guilty plea due to pure innocence. Consequently, they are now serving extended sentences for choosing to go to trial versus accepting a plea. Buried alive with sentences that are often greater than their current life spans, these women are “warehoused” in prisons across the country. There only hope is a reversal on appeal, which is a very slim chance, because many valid claims presented to the U.S. Courts by inmates are often unanswered or overlooked. Serving my mere 27 month sentence, for money laundering alleged drug proceeds, introduced me to some of the most ugliest facts and misrepresentations. My conscience often bothered me hearing such disheartening details, so much so that I knew I had to take a stand!
Today these women I described are playing volleyball, softball, and practicing yoga amongst the serene mountain landscape, with no fence and the absence of bars. While we make the best of the cards that have been dealt, our children go un-raised by their maternal figures. Consequently, many of them bounce from relative to relative, in unstable environments, yearning for the day they will see their mothers again. With the absence of nurturing love, many of our children will become statistics too. Creating intergenerational terms of incarceration, our children our now Master’s property too!
I am not saying that we all are innocent and that crime doesn’t deserve punishment. What I am asking is: does the time fit our crimes? Is the current U.S. judicial system the “New Jim Crow?” Is it okay to rip families apart in the name of justice, for non-violent crimes? Really what I am asking is, do our black lives matter? Or, when we are labeled by Master as a convicted felon, are we lost or simply forgotten by the communities who once claimed us?
As a graduate of Fisk University, a historically black college known for its political stance against social injustices, the fighter resides in me. In a few days, I’ll be exiting prison, but what I’ve experienced will always be imbedded within my heart. Within the dreary confines of the prison walls where I am housed, my purpose has resonated loudly within me. The fire in my spirit burns passionately, knowing change one day must come! Therefore, I am willing to speak loudly about what many brush under the rug.
Proudly I stand with the women in the picture you all saw. Yes, we are all convicted felons, who are temporarily property of the U.S. government. When we smile, it’s not because life has treated us well or because things are going great. We took this photo with smiles, knowing we have been chosen to become a part of history. Even though we may have been forgotten by many, we too sing America! 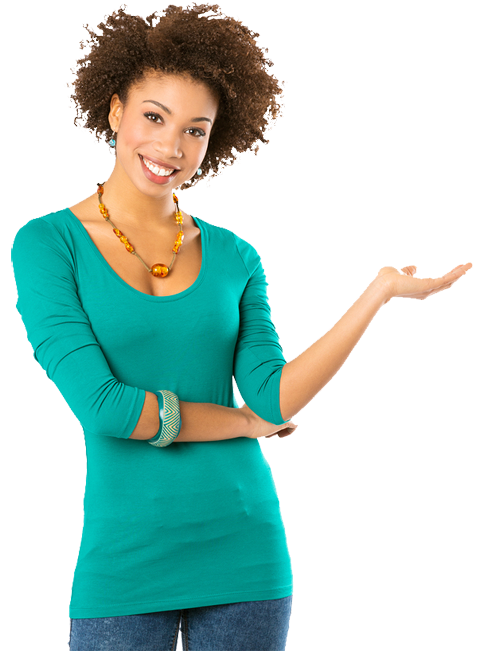 We are happy to share with you amazing success stories! We hope that these stories will motivate you to get active with WOI to help women be able to share more stories like these.